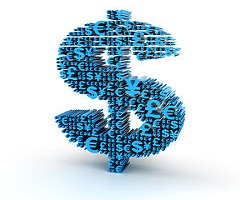 Starpharma’s cash balance as at 31 December 2021 was $51.3 million. This does not include the $7.7 million R&D tax incentive that was recently received and announced in January.

Receipts from customers for the quarter were up 188% from the prior quarter, to $1.8 million. Receipts included sales of VIRALEZE™ to Vietnam following product launch in December.

Dr Jackie Fairley, Starpharma CEO, commented: “Starpharma was very excited to announce the positive interim results for DEP® cabazitaxel in prostate cancer from our phase 2 trial this quarter. Likewise, the recent decision by our partner, AstraZeneca, to expand its clinical program for AZD0466 to include non-Hodgkins lymphoma marks more exciting progress for this important oncology agent. In addition, we also announced the signing of a new DEP® Research Agreement with one of the world’s largest biopharmaceutical companies, adding to our existing partnerships with industry leaders AstraZeneca and Merck & Co., Inc., and Chase Sun. Each of these important milestones provide further validation for our DEP® platform and illustrates the broad optionality of Starpharma’s DEP® technology.

“In parallel to our progress with DEP®, Starpharma’s antiviral nasal spray, VIRALEZE™, was successfully launched in Vietnam, with Starpharma having received orders totalling more than $2 million to date. We were excited to see the product so well received and pleased to see VIRALEZE™ playing a role in the fight against COVID-19 in that region. The product was also launched in Italy, and registered in Saudi Arabia, Vietnam, and New Zealand, with further regulatory submissions in progress in other countries. Testing of SPL7013, the antiviral agent in VIRALEZE™, against the globally important Omicron variant of SARS-CoV-2 is also underway at The Scripps Research Institute, following impressive results in the Delta variant. A key advantage of VIRALEZE™ is its mechanism of action, which appears to not be adversely impacted by mutations in the spike proteins of SARS-CoV-2 that make the virus more infectious, as has occurred in the Delta and Omicron variants.”

The closing cash balance as at 31 December 2021 was $51.3 million. Receipts from customers and grants in the quarter totalled $2.0 million, with net operating cash outflows of $4.2 million. The quarter includes significant investment in R&D ($2.6 million), product manufacturing and operating expenses ($0.6 million), reflecting investment in three phase 2 DEP® clinical programs, scale-up and development of further DEP® candidates, including DEP® gemcitabine, DEP® ADCs and DEP® radiopharmaceutical products, and product manufacture of VIRALEZE™. Staffing costs of $3.0 million, include non-executive and executive directors’ fees of $438,000.