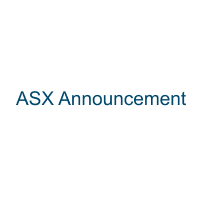 Dr Davies is a former CSL executive, with over 35 years of biopharmaceutical experience, holding senior executive roles at CSL, including Executive Vice President & General Manager at CSL for the Asia-Pacific region, and Global Head of Plasma Product Research and Development at CSL-Behring, Switzerland.

Dr Davies was part of CSL’s due diligence teams which led to the acquisitions of Plasma Fractionation businesses of the Swiss Red Cross (2000) and Aventis Behring (2003) thus transforming CSL into a global company.

As Global Head of Plasma Product Research and Development at CSL-Behring, Dr Davies was responsible for CSL’s plasma product R&D strategy and programs conducted in Switzerland, Germany, Australia, USA and Japan. In this role he oversaw and played an important role in the development of leading products, including the multi-billion-dollar Privigen® immunoglobulin product.

Starpharma’s Chairman, Mr Rob Thomas said: “We are delighted to have Jeff join Starpharma as a non-executive director. He has deep operational expertise in the international pharmaceutical industry, with a track record of bringing highly successful products to market. Jeff’s extensive international R&D, regulatory, clinical, operations and commercial experience will be of great value to Starpharma through its next phase of growth.”

Dr Jeff Davies said: “I am very excited to join Starpharma’s board, having followed and admired the company for some years. Starpharma has an impressive commercial and development pipeline based on its proprietary dendrimer platform, with multiple high-value assets in the clinic and on market. I look forward to contributing to Starpharma’s future success.”

Dr Davies holds a PhD in Biochemistry from Monash University and is a Graduate of the Senior Executive Program from the London Business School.

This website is intended for people seeking information about Starpharma for investment and business purposes. This website contains information about products that may not be available, or approved, in all countries, or may be available under different trademarks, or for different indications. Individuals seeking information about a Starpharma product should visit the relevant product website in their country of residence or consult a healthcare provider. Nothing contained on this site should be considered a solicitation, promotion, or advertisement for any product, including those under development. Any information on this site is not intended to provide medical advice nor should be used as a substitute for the advice provided by a doctor or other healthcare provider.