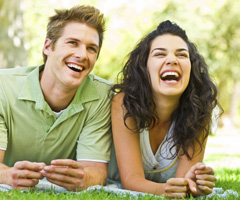 Melbourne, Australia; 5 May 2016: Starpharma Holdings Ltd (ASX: SPL, OTCQX: SPHRY) today announced that the VivaGel® active, astodrimer sodium (SPL7013), has been shown to have potent antiviral activity against the Zika virus in laboratory studies. The studies showed near complete antiviral protection at SPL7013 concentrations significantly below that used in the VivaGel® condom.

In February 2016, the World Health Organization (WHO) declared the Zika virus outbreak a global emergency. It now affects more than 40 countries in total - 20 countries in the Americas, most of the Caribbean and several in the Pacific. The most significant outbreak, and resulting effects on babies, has been reported in Brazil, where an estimated one million people have already been infected with Zika.

Although Zika is a mosquito-borne virus, it is now also confirmed to be a sexually transmitted infection (STI). The US Centers for Disease Control and Prevention (CDC) has reported more than 425 travel-associated cases of Zika virus and there are now a growing number of people infected through sexual transmission by travelers returning from affected areas. Many cases of sexual transmission of Zika virus have now been reported in other countries.

Due to the implications for effects during pregnancy, particularly concerning are cases where Zika virus has been transmitted from an infected male to a female sexual partner. The CDC advises that the virus can be spread during sex regardless of whether the man has symptoms or not. CDC guidelines recommend that if a male is infected, non-pregnant couples should use a condom every time they have sex to prevent possible infection or abstain from sex for at least six months. For pregnant couples, this recommendation also applies but for the duration of the pregnancy.

The VivaGel® condom, marketed in Australia as the Dual Protect™ condom by Ansell, contains the antiviral VivaGel® active. The physical barrier of the condom provides primary protection against sexually transmitted infections (STIs), while VivaGel® is included in the condom lubricant as an antiviral agent that has been proven, in laboratory studies only, to inactivate HIV, HSV and HPV, which are viruses that cause STIs. In view of the potent antiviral activity identified for the VivaGel® active against Zika virus, Starpharma is now investigating the inclusion of Zika in the list of viruses inactivated for the VivaGel® condom.

Given the outbreak in Brazil, the host nation for the 2016 Olympic Games, health authorities, including the CDC, are issuing guidelines for their athletes, spectators and officials traveling to the Olympics in Rio. It has been reported that Olympic teams, including the Australian and US teams, are carefully monitoring the situation and considering all available preventive measures for their athletes.

Starpharma CEO, Dr Jackie Fairley, commented, “There is currently no vaccine or therapy available for Zika virus. Given sexually transmitted infection is of increasing importance, the potent activity of the VivaGel® active against Zika virus could prove very important from a public health standpoint and a significant commercial opportunity.”

Scientists continue to study the full range of other potential health problems that Zika virus infection during pregnancy may cause. While Zika virus disease in adults is rarely fatal, there continue to be reports that the neurological effects of Zika, including cases of Guillain-Barré syndrome, could be even worse than first thought.